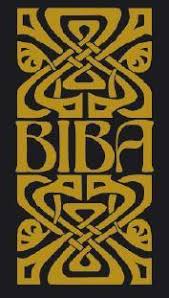 Biba is an iconic fashion house synonymous with the swinging sixties and the Mod look of that time.

The company was founded and run by Barbara Hulanicki and her husband Stephen Fitz-Simon. Barbara Hulanicki was born in Warsaw, Poland and was the daughter of a diplomat. She moved to the UK to study illustration at the Brighton College of Art. She initially worked as a freelance fashion illustrator for various popular magazines which included Vogue, Tatler and Women’s Wear Daily.

Barbara’s husband, Stephen, spotted the rise and influence of photography over fashion illustration and persuaded Barbara to start up a new venture – a small mail order company which they named Biba (after Barbara’s younger sister). Barbara and Stephen realised that by offering a mail order service they had the opportunity to try out new designs cheaply. By testing the popularity of their designs in this way they avoided the costly mistakes of potentially unpopular big design runs. From those humble beginnings, a fashion powerhouse arose! 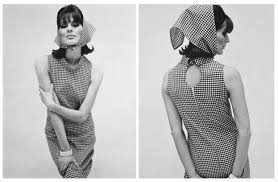 The major turning point for the fashion house was a pink gingham dress with a headscarf. The design was similar to one recently worn by Brigitte Bardot, and as such, they expected a reasonable, yet, a modest order of around 3000 units. However, following a feature in the fashion section of the Daily Mirror, orders went stratospheric (for that time) and 17000 units were ordered.

Spurred on from that mail order success Barbara opened her first shop in Kensington, London – Biba had officially landed on the fashion map!

One of the pioneers of the Mod look, Biba clothing emphasised the legs. Whilst not the inventor of the miniskirt, Biba, certainly became “the” place to go to for the miniskirts and the fashion of the swinging sixties.

Inspired by the flamboyant and decadent Art Nouveau and Pre-Raphelite periods, and earthy colours, the Biba look was embraced by young women who flocked to the stores. It was ‘affordable fashion’ that catered to the masses. One might argue that Biba was the forerunner of fast fashion of the likes of Primark and H&M. Certainly, Barbara’s business model was to ‘pile them high and sell them cheap’. 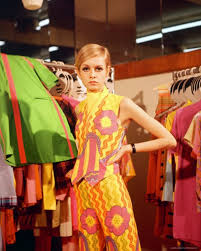 Although Biba’s price point targeted students and young working women rather than the moneyed elite like most London boutiques, Biba became popular with models, singers and TV stars. Twiggy famously wore Biba as did Cilla Black.

Several stores opened and the fashion house and the brand went from strength to strength. The stores themselves were innovative with respect to their art deco styling and also, the young, friendly and approachable staff. Barbara certainly knew a thing or two about ‘user experience’ and the shops became a place to visit and ‘hang out’.

Barbara sold her rights to the label in 1970, but after nearly two decades of success, Biba closed in 1976. But the story doesn’t end there. The label was resurrected a number of times with different designers and management teams at the helm. None have managed to return the label to its original glory. Nonetheless, Biba remains a successful high street brand, existing in big department stores. 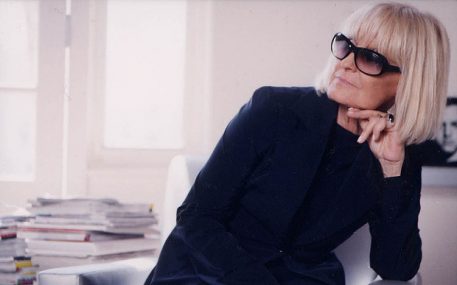 Barbara herself continued to work very successfully as a fashion and interior designer. She was awarded an OBE in the 2012 New Year Honours list for her services to the fashion industry.