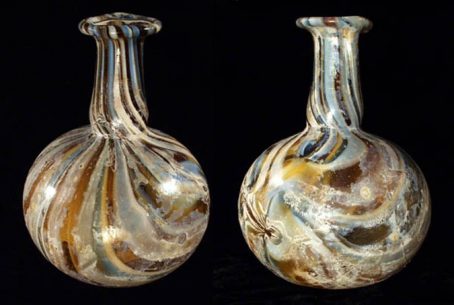 The history of glass making is as ancient as it is rich; it has been estimated that the first man-made glass was formed around 3000BC. Since these times, the basic formula for glass; using sand, lime, and plant ash may not have changed, but the techniques for forming it have been constantly evolving. Modern glass blowing using a blowpipe has been dated back to Syrian times, followed by the Romans in the 1st century BC, who continued to experiment with different colours and techniques. From there, the tradition making its way to Egypt and finally into Europe.

It is interesting to note that the art of glassblowing was somehow lost in Europe during the Dark Ages, and it was not until around the 12th century that the art form would re-emerge in Venice, the technique being held secretively close by the natives of Venice and the import of foreign glass was banned. Glass blowers who were not native Venetians were banned from working in the city, and due to the risk of fire from furnaces, all native blowers were forced to move their studios to the island of Murano in 1291.

It was at this time that the Venetians perfected the art of crisalo, a clear form of glass, as well as the art of developing blown glass in varying and vivid colours. Blown glass gifts and the art of glass blowing would then slowly move over into the rest of Europe where the art would enjoy a boom during the Renaissance period. During this period, the first blown glass objects became readily available to the average person, and people would enjoy glass drinking vessels and bottles for the first time.

At the start of the 20th century, glass was being designed by famous artists such as Eugene Rouseau and Emile Galle, with glass having been displayed in exhibitions in Paris since the late 19th century. Blown glass gifts started to become more readily available in the twentieth century, especially in the 60s with the coming of the studio movement in America. Fine blown glass was produced and displayed in galleries all over the globe as well as being collected in households around the world. Blown glass gifts became and remain to this day a choice of elegance, tradition, and luxury when selecting from gift items to give to someone on a special occasion. 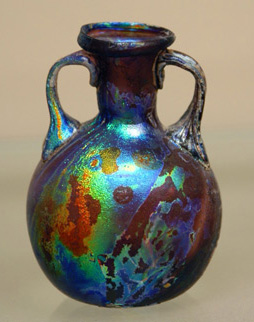 Blown Glass gifts make the perfect timeless gift for any special occasion; unlike commercialised gifts they will never lose their value and they will continue to delight their audiences for decades to come. Bespoke pieces make for a gift that is unique in every way, and one that you will never find replicated anywhere else in the world.

Choose from bowls, vases, perfume bottles, wall art, or individual and unique glass sculptures to make a fantastic centre piece for your table, dressing table, or wall of your home. For a gift that will not just be treasured but worn every day, choose pendants and jewellery, giving the special person in your life the chance to wear a piece of true artwork every day. Blown glass exudes elegance, luxury, and always makes a great choice when searching for a present that is perfect in every single way.

It adds to the beauty of your home and can also be a great investment for the future. Many pieces from the past are already highly collectible and signed pieces can go for many thousands of pounds.