Francisco Goya was a painter and etcher regarded as one of the finest artists ever to emerge from Spain. He was mainly active during the late 18th and early 19th centuries, and his work is regarded as a substantial influence on expressionism, impressionism and romanticism.

The artist was born in 1746, and it’s thought his talents were first noticed when a priest watched him draw a depiction of a hog. The priest actually taught Goya, though the young artist spent lessons hiding from his tutor, so he could sketch. When the priest saw his sketchings, he contacted his father to tell him about his skills, suggesting that a career in art could be a strong possibility. Goya painting three works for the church when he was 12 years old, though these were destroyed in 1936. Read on to learn more about Francisco Goya art.

Goya become the apprentice of José Luzán y Martínez a couple of years later. The training lasted for four years before Goya left. In 1763, Goya competed for a scholarship at San Fernando Academy, though he was not successful. In 1766, he entered two competitions, failing both attempts.

The artist had relocated to Rome by 1771 and entered another competition at the Academy of Parma. He did not win, but he did receive six votes. He then left for Saragossa, where he was given multiple important commissions, which were successful. He married Josefa Bayeu in 1775. His new brother-in-law was director of the San Fernando Academy and enabled the artist to boost his profile. Between 1774 and 1792, he created 54 cartoons for the Royal Tapestry Factory of Santa Barbara.

In 1778, he created Francisco Goya art engravings from 16 Diego Velázquez paintings. Following his painting, the Crucified Christ, he was elected as a member of the San Fernando Academy, but a disagreement with his brother-in-law threatened to end his career. The quarrel came after Bayeu suggested several corrections to a painting of a dome he was working on. When sketches for the pendentives were rejected by the Cathedral, Goya was told to submit his designs to his brother-in-law to be approved. Goya said the decision made him “burn alive”.

Goya was appointed court painter to Charles IV in 1786 but a serious illness in winter 1792 left him completely deaf. His health problems led to a change in his artistic style, with the Rococo themes of his early work being replaced with a dark form of expressionism. Goya was suspected of having an affair with the then-Duchess of Alba following her husband’s death. He painted a portrait of her shortly after his passing, in which she posed as a maja. The 1797 painting was commissioned by the Duchess herself, but Goya kept it for himself for 15 years. A great deal of Francisco Goya art works featured women, including queens, witches and majas, who were stylish and confident members of his country’s lower classes. 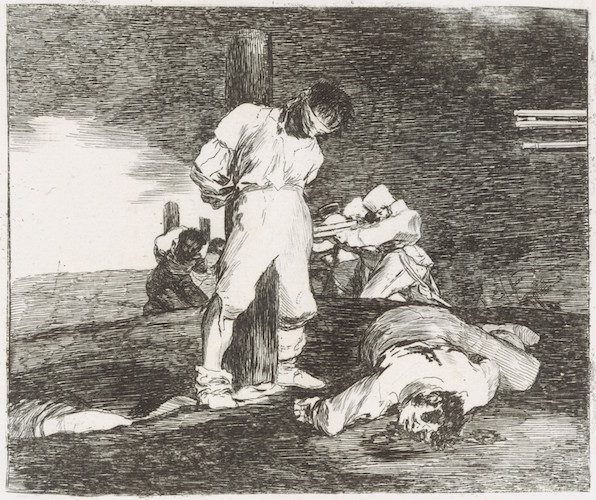 Though Goya’s paintings of the Spanish Court are elegant and extravagant, some art critics have interpreted them as mocking the rulers depicted within them. The artist is also regarded as one of the finest printmakers in the history of art and produced four well-known print portfolios in his lifetime, which were Tauromaquia, Caprichos, Proverbios and the Disasters of War. Whilst some of these Francisco Goya art works were humorous and satirical, others were horrifying and grotesque.

The Disasters of War etchings and the paintings 2 May 1808 and 3 May 1808 were inspired by the Napoleonic occupation of his country. Frescoes were painting on the walls of his home around 1820 and were eventually known as the Black Paintings. As the name would suggest, Goya’s Black Paintings were themed around darkness, loss of hope, evil and violence. The artist was said to on the verge of insanity when they were produced. The paintings are regarded as highly influential on movements like surrealism and expressionism. Goya was forced into exile in 1824 due to political conflict and fled to France. Though he did make a brief return to Spain, he passed away in 1829 in Bordeaux. 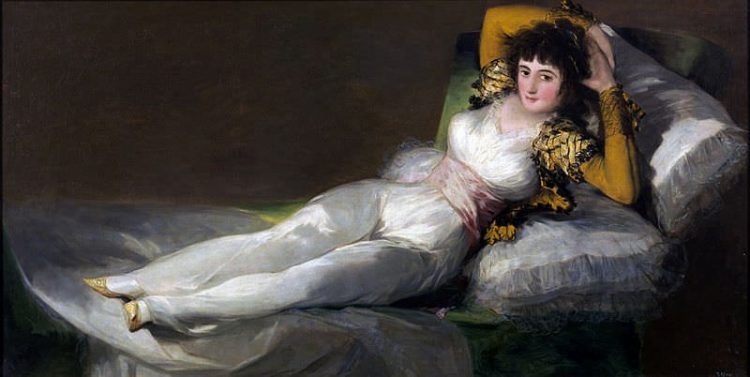 Prior to his death, Goya completed the La Tauromaquia and several other canvases. His death came after a stroke which paralysed his right side. His eyesight had also deteriorated rapidly.