Leonor Fini is widely agreed to be one of the most significant female artists of the twentieth century. Her lengthy career included not only paintings but graphic design, product design, theatre set design and book illustrations.

Fini was born in 1907 in Bueno Aires and grew up in Italy, raised by her mother. She was almost entirely self-taught and learned how to capture the human physical form after studying in the town morgue. Read on to learn more about Leonor Fini artwork.

Her first group exhibition took place in 1929 in Milan, and she relocated to Paris two years later. Whilst in Paris, she forged connections with a range of illustrious surrealists, including Salvador Dali and her one-time lover Max Ernst. However, she never described herself as a surrealist. She won the support of Julien Levy in the 1930s. The art dealer invited her to take part in a joint exhibition with Ernst in New York, where she met a number of other American surrealists and saw her work featured in the landmark Fantastic Art, Dada and Surrealism exhibition. 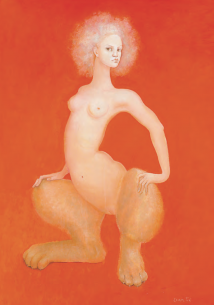 In 1939, Fini curated various surrealist furniture pieces for the opening of her long-time friend Leo Castelli’s first gallery. Much Leonor Fini art work was centred upon the relationship between dominant females and passive males. The female was represented as a sphinx with Fini’s face in many of her works. The artist was also known for her portrait work, which included depictions of two of her lovers, Constantin (Kot) Jelenski and Stanislao Lepri and various actresses, artists, writers, directors and socialites.

The artist had a love of elaborate costumes and masks, which may well explain her move into Leonor Fini art theatrical work. Her set designs, posters and costumes delivered several awards, and she also featured in various photographs and poems created by some of the leading writers and photographers of the era. A nude photograph of Fini in a swimming pool shot by the French humanist photographer Henri Cartier-Bresson sold for $305,000 in 2007, which was the highest figure ever paid for one of his works at that point. 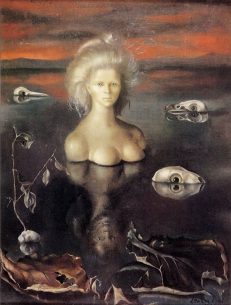 Many Leonor Fini artworks depicted powerful women, and she was a substantial influence of Madonna, who used imagery from her painting La Bout du Monde in a 1994 video. She also designed the costumes for 1954 movie Romeo and Juliet and 1968’s A Walk with Love and Death and penned three novels in the 1970s. She assisted many emerging writers by donating drawing to their books and created the famous illustrations in Pauline Reage’s Histoire d’O. 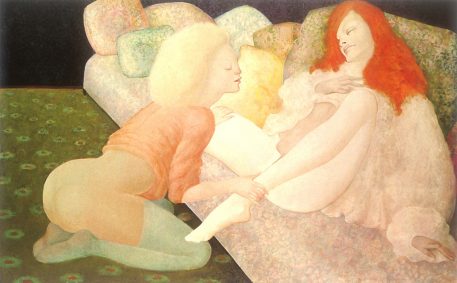 Fini had relationships with several men. Rather than living with one person, she preferred a community-based form of living with her lovers, friends and cats. Some rumours suggest that Fini was bisexual and was briefly married to Fedrico Veneziani prior to her relationship with Italian Count Stanislao Lepri, who ended his career for her.

Later, she met Constantin (Kot) Jelenski and the three lived together for the rest of their lives. ‘Kot’ was her ex-lover Sforzino Sforza illegitimate half-brother. She reportedly cited Sforza as one of her best lovers. She housed 23 cats at one point, allowing her pets to wander across the dining table as she ate and share a bed with her. Rather than part ways with her former lovers, she permitted them to continue living with her even after she began new relationships. She was also noted for employing male harems. 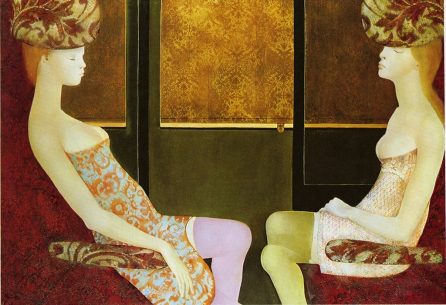 You can see more versions of the pictures HERE