For centuries, it was believed that our love of glass—like so much of what we enjoy and take for granted today—probably began in ancient Rome. This assumption was largely based upon the writings of the Roman historian Pliny the Elder, who suggested that Phoenician merchants had accidentally created the first glass in the region of Syria around 5000BC. 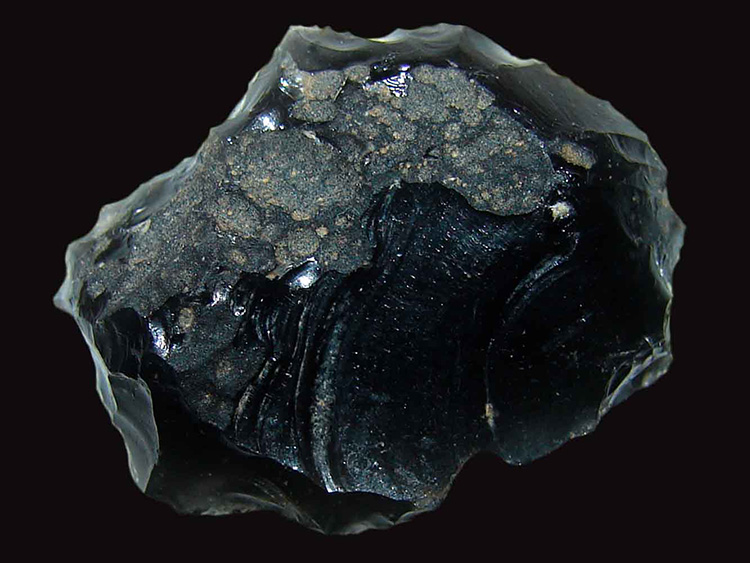 While it’s true that Rome did much to popularise glass, perfecting its manufacture in such a way that its widespread use was assured (as detailed in our articles Glass Masters: Roman Glass, and Roman Glass: The Art of Glass Blowing in the Roman Empire) by the first century AD, in reality, emerging evidence suggests that Pliny’s account is foremost a “reflection of the Roman experience of glass production,” as “White silica sand from this area was used in the production of glass within the Roman Empire due to its high purity levels.” (Wikipedia)

According to modern archeologists, the true history of mankind’s love for glass predates both ancient Phoenicia and Rome by millennia, forming a rich and fascinating story which is still being revealed to us. The roots of our collective fascination with glass, say these experts, go so far back that they entwine with our earliest attempts to make tools and convey our individuality through adornment. Ever since we began to discover what makes us uniquely human—creativity, ingenuity, and spirituality—glass has been there to reflect us.

Glass Use in the Stone Age

In the early days of mankind, glass was not manufactured—it was found, dotting the verdant landscape, catching the attention of primitive hunter-gatherers as it glinted darkly in the grass. Wherever the natural conditions of extremely high temperatures (as from volcanic activity, lightning strikes, or the impact of meteorites) had caused rock to melt, fuse, and cool rapidly, our ancestors collected the resultant shimmering masses, with obsidian (volcanic black glass) in particular eventually becoming the favoured material for making spearheads, knives, arrowheads, jewellery, and even money. 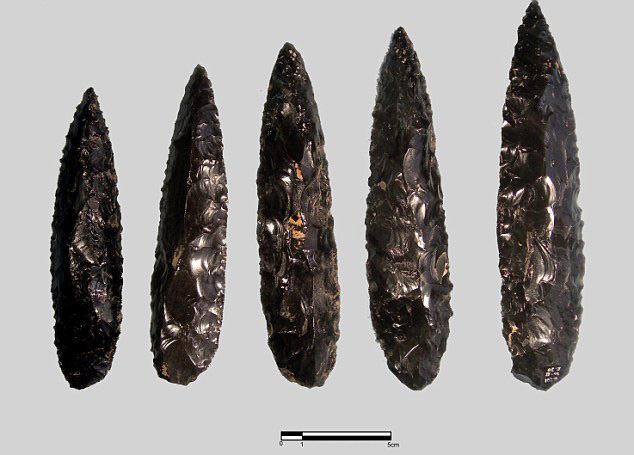 Obsidian was coveted by early man because, like flint, it could be fractured to produce edges of a deadly sharpness (obsidian breaks when struck with what is known as a “conchoidal fracture”). This black glass also appealed to our early need to see ourselves and be seen; archeologists have discovered that it was polished to create some of the first man-made mirrors ever used by human beings.

Thanks to obsidian hydration dating, which allows researchers to calculate the age of obsidian artifacts, we know that the first use of obsidian (found at Kariandusi and other sites within the Acheulian age, which began approximately 1.5 million ago) dates back to an astounding 700,000 BC. Early use was, however, infrequent and largely opportunistic; only by neolithic times (beginning about 10,200 BC) had this mesmerising black glass become widespread in its use owing to the increasing trade between human populations that is believed to have occurred around this time. (For an excellent outline of these trade routes and accompanying maps, see: The Obsidian Trade in the Near East, 14,000 to 6500 BC [Andrew Sherratt, 2005])

Toward the end of the neolithic era, as agriculture began to become standard practice and human populations could therefore create permanent settlements and accrue a greater number of possessions, obsidian began to make its way into primitive vessels. Volcanic black glass has been found in pottery scattered around neolithic sites in the Levant and Iraq, with the earliest known artifacts dating back to 12,500 BC.

Other noteworthy examples of obsidian use during the neolithic era include the obsidian tools found around Tilkitepe, Turkey, which date back to the 5th millennium BC. and are now housed in the Museum of Anatolian Civilizations, and the excellent black glass blades found around Ubaid. These blades, which also date back to the 5th millennium BC, were manufactured from obsidian extracted from outcrops located in modern-day Turkey.

As the Chalcolithic Age (the transitional period between the neolithic era and the Bronze Age, sometimes also referred to as the “Copper Age”) dawned, the use of obsidian spread as far as ancient Egypt, where this glass was used for both ritual and decorative purposes. Much of this obsidian was sourced from the eastern Mediterranean, which is infamous for its volcanic activity (and where obsidian had long been used to make everything from tools to mirrors to decorative objects).

Chalcolithic obsidian use has also been discovered in Gilat, a site in the western Negev desert in Israel. There, eight beautifully-preserved obsidian artifacts were found which date back to the Chalcolithic Age; these were traced to obsidian sources in Anatolia, revealing hitherto unknown trade routes.

All this commerce represented much more to the emerging field of glass-crafting than just access to raw materials, of course. With the exchange of goods also comes the exchange of ideas, and so with each enterprising footstep, these early glass traders were setting the stage for early man’s next great leap of innovation: Taking glass production out of the hands of nature’s wild infernos and placing it into the controlled chaos of the furnace.