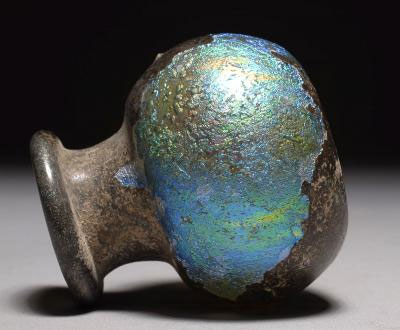 Today, glass is ubiquitous; we see it everywhere we go, bottling items at the supermarket, filling window frames, tumbling from careless hands into ditches, and eventually showing up as polished, colourful pebbles that shimmer across our beaches. Prior to the Romans, however, glass was as rare as gold and precious gemstones owing to the limited production methods available.

Prior to 50 B.C., glassmaking technology around the world was still in its infancy, and as such, glass objects could only be made very slowly. Indeed, making one single bottle could take several days via the casting or cutting techniques that were available at the time. Core-formed objects likely took between 45 minutes to an hour to complete. Glass at this time was made in primitive furnaces, which could only produce glass items in very small batches.

All of this changed practically overnight with the advent of the art of glass blowing in approximately 50 B.C.. Roman citizens living in Phoenicia (modern-day Lebanon), discovered that glass had a magical property which had hitherto been overlooked: If one gathered molten glass on the end of a pipe, it could be inflated, and thereafter easily formed into just about any object imaginable. The Romans soon capitalised on this discovery even further by blowing the liquid glass into hollow molds (a process known as “mold blowing”), which allowed for the formation of even more innovative shapes.

Around the same time that glassmakers were experimenting with the art of glass blowing, glass furnace technology also advanced considerably. These new furnaces could handle much larger loads of glass; indeed, one recently excavated tank furnace could melt up to 40 tonnes of glass at a time. To fully put the significance of this into perspective, the glass ingots which had been coming out of Egyptian furnaces in the years prior to 50 B.C. had only weighed a few pounds. 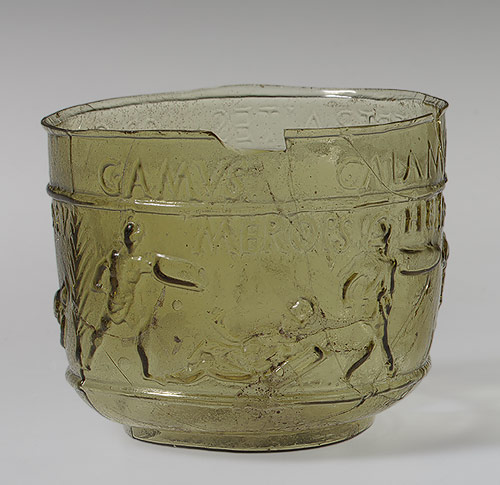 As was typical for this era (throughout Egypt, Mesopotamia, and Greece), the Roman glassmaker and the glassworker were professionals who operated in two linked yet separate trades. Glassmakers, as the name suggests, were responsible for making the glass itself: They would melt down the raw materials available (so as to form glass), allow the molten glass to harden and cool in a tank, and then they would break it into down into smaller masses that could be shipped off to the glassworkers. The glassworkers would then melt these chunks back into a liquid state (which requires a much lower temperature than it takes to form glass) and fashion a variety of glass objects.

As the Roman glassmakers and glassworkers were already blessed with an abundance of raw materials (thanks to the extensive reach of the Roman Empire), all that it took was the discovery of glass blowing to enable each glassworker to produce dozens of beautiful objects per day. As the great philosopher Seneca mused in his work Epistulae Morales, the glassblower could, “by his breath alone, fashion glass into numerous shapes which could scarcely be accomplished by the most skilful hand”.

And of course, the vast Roman Empire did more than simply provide the raw materials for this sudden expansion in the production of glassware; it also provided a massive market for it. Each glassblower could potentially sell throughout Europe, North Africa, and the eastern Mediterranean. Finally, glass was coming to the masses. 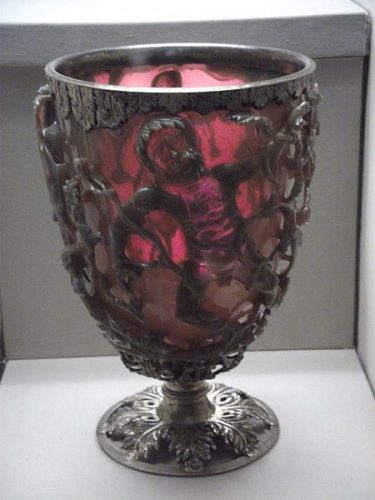 Glass becoming a standard household accoutrement did not, however, mean that glass was thereafter wholly common and cheapened within the Roman Empire. The Romans had a passion for luxury and material pleasures, and as such, stunning luxury glasses were produced throughout the entirety of Rome’s dominance.

One of the most famous examples of luxury Roman glass is cameo glass; the exquisitely delicate, translucent quality of cameo glass is still very much sought after today, making this form of glass a truly timeless treasure.

Glass cameos originally became popular not long after the Romans discovered the art of glassblowing; while experimenting with the technique, some enterprising glassblower figured out how to encase a glass bubble of one colour in one or more layers of glass in contrasting colour(s). This multi-layered glass was then sent off to a skilled glasscutter, who used his precise and gentle touch to carefully carve through the various layers to create relief decoration.

When cameo glass was first rediscovered (like so many great Roman innovations, the knowledge of it was lost during the dark ages), it so fixated European glass artists at the time that some, like Josiah Wedgwood, devoted the better portion of their lives to recreating Roman works.

Wedgwood, after much trial and tribulation, successfully recreated the most famous example of Roman cameo glass: The Portland Vase. It is extremely fortunate that he did, as the original was later tragically smashed by a vandal. (Today, the Morgan Cup at the Corning Museum of Glass is the most well-known piece of Roman cameo glass to survive fully intact.)

In addition to cameo glass, cage cups stand out as another noteworthy form of late Roman luxury glass. These cups were so named for the way they look to be made up of openwork “cages” which are attached to interior vessel walls, but they were actually each cut from a single thick-walled piece of glass so as to avoid the unsightly appearance of physical jointing. These incredibly intricate works of glass art took glasscutters hundreds of hours to create, so they were only affordable by the elite.

Thanks to the marvels of cameo glass, cage cups, and the diverse array of blown glass artworks produced by the Romans, the Roman Empire is revered for its glassmaking legacy—a legacy which went on to inspire many of Europe’s great glass artists in the 18th century, and which continues to have a profound effect on glassmakers today.