The phrase ‘Depression Glass’ is often treated as an umbrella term, a catch-all definition used by collectors somewhat indiscriminately to describe a type of inexpensive glass (either clear or coloured) that was manufactured in large quantities; primarily during the 1920s and early 1930s (though various forms were made over the decades that followed as well).

Sadly, due to the somewhat ambiguous nature of depression glassware, it is easy to fake, and today, a great quantity of what is sold on eBay and other online auction sites is actually a modern reproduction of the original, authentic article. Faux depression glass is currently being manufactured in Asia and imported throughout the world; when shopping for this type of glass, always be wary of terms like “Depression era-style” or “Depression style” glass, as such phrases usually indicate that you are looking at new or recent items which have simply been designed in the style of 1920s-30s era glass.

Delineating the broad spectrum represented by this form of glass begins with understanding its types, forms, the terms used to identify them, and the manufacturers responsible for the original sets of tableware now so sought after by collectors: 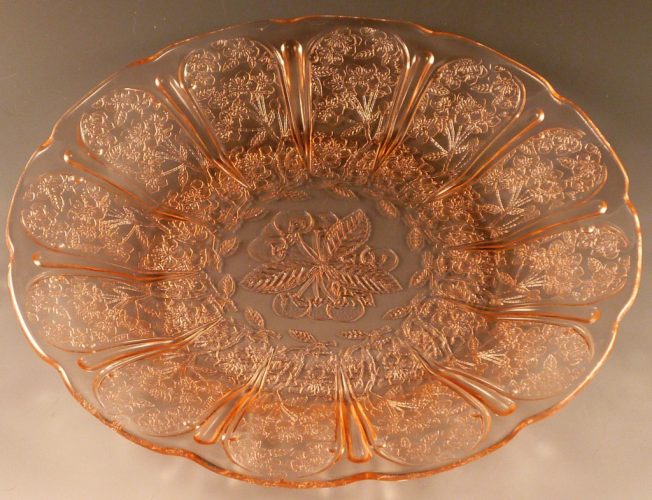 Some colours are particularly sought after as they were made in lesser quantities, and are thus very rare today. These special shades include amethyst, pure canary yellow (rather than the greenish-yellow shade which was fairly common), cobalt blue, opaque black (this is seldom a “complete” black, however—it often shines purple if you hold it up to a particularly intense light), jadeite (an opaque or translucent green), white “milk” glass, and crimson. 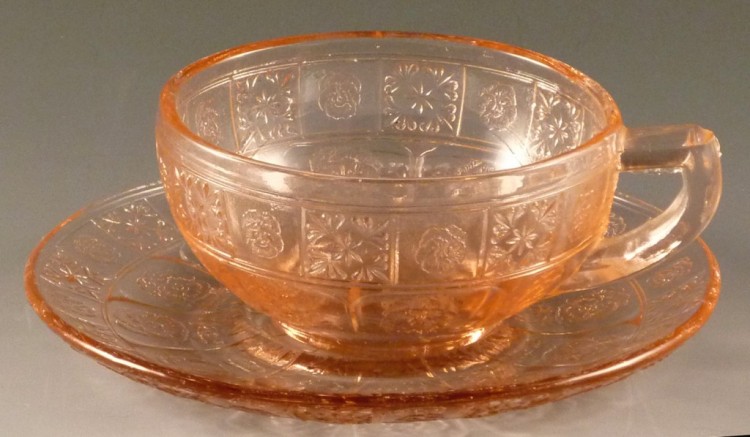