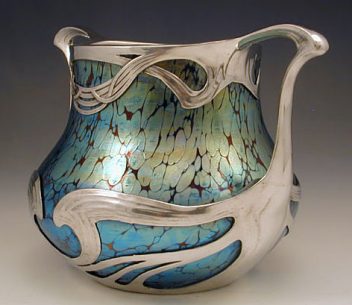 Loetz was one of the leading Bohemian art glass makers, working in the Art Nouveau era. The Loetz Art Glass company was founded by Johann Loetz in 1840 and became renowned for its bold colours, ground-breaking techniques and organic forms. Loetz art glass was at its peak between around 1890-1920, with its products being manufactured at the Johann Loetz Witwe glassworks in what is today the Czech Republic.

There is little information available about Johann Loetz himself, though we do know he was born in Austria and founded the glassworks in Klostermühle, Bohemia. However, the products made at the glassworks are highly-collectable and regarded as being amongst the finest examples of art glass from the period. Loetz passed away in 1844, not long after his company was founded.

The late 19th century
The glassworks was made of acquired companies including Goldbrunn and Annatal. Johann’s widow Susanne took over the glassworks around 1851, renaming it Johann Loetz Witwe. The word ‘witwe’ means ‘widow’ in German. Susanne enjoyed some success over the next twenty years, producing painted glass, crystal and more. However, the 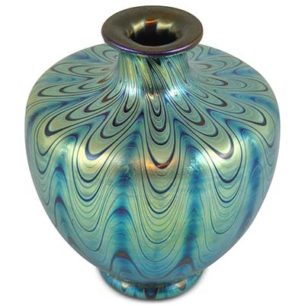 glassworks were again taken over in 1879 by her grandson Max Ritter von Spaun. Max recruited technical specialist Eduard Prochaska, who moved the glassworks into a new era, adding a pair of Sibert gas furnaces, each with eleven melting pots. This shrewd move helped Loetz become one of the area’s most reputable and highly-regarded glassworks.

Von Spaun’s son took over the glassworks in 1909, the year after his father died. The fortunes of the factory dipped after this point, with the company being declared bankrupt in 1911. Though the company remained in operation for a few years, a massive fire and the beginning of WWI marked the beginning of the end. Though coloured opal glass grew in popularity following the war, the company’s lack of funds led to them producing dated goods of remarkably inferior quality. The company then faced two more fires as well as the 1920’s Depression. The company was nationalised after WWII before closing in 1947. 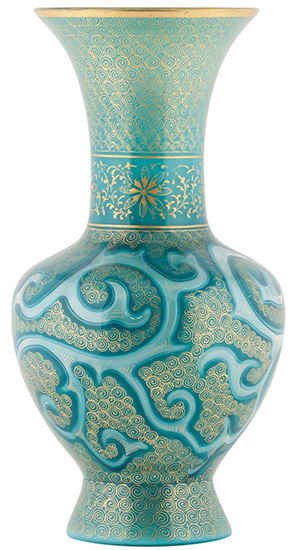 Loetz Art Glass was famous for its innovative use of the Marmorisierte technique, which gave off the impression of semi-precious stones in the surfaces of marbled glass products such as vases and bowls. The technique enabled the company to win awards and produced a marbled green, pink or red surface.

The company was also well-known for its Octopus pieces, which featured white lines over a darker surface. The Octopus range took its name from the fact its surface was said to resemble octopi tentacles.

The Phänomen designs were amongst the most popular products from the glassworks and featured ripple-like effects on glass surfaces. This style was created with hot molten glass, glass threads and a hot base. When glass threads were pulled, waves and other shapes were created. This technique was patented in 1898. 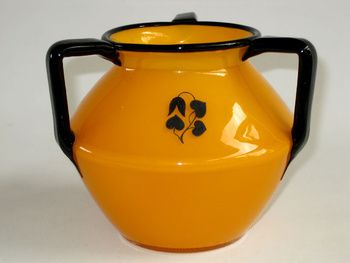 The Tango series was also a notable part of the work produced by Loetz. These two-toned pieces featured unfussy surfaces with contrasting handles and lips. Many of the finest Tango pieces were designed by Michael Powlny. The pieces were unveiled towards the end of the glassworks’ peak era of success.

The glassworks was famous for its decorative cups, vases, pitchers and more. Many of their products appeared to glow because of the company’s pioneering firing and reduction techniques. The company also combined the Phänomen technique with the techniques created by L.C. Tiffany in the US, prominently used in their Favrile work. Some of Loetz most notable pioneers included Koloman Moser, E. Prochaska and Franz Hofstötter. 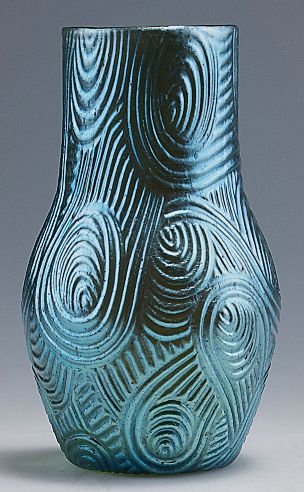 Loetz art glass is renowned for its iconic and distinctive patterns. The formal Décor series featured etched and painted leaf and flower shapes, whilst the Spiraloptisch boasted dazzling spirals and the Diaspora series included dotted vases and more.

The appetite for floral-themed pieces started to decline after 1900, with the company moving its focus towards its translucent Perlglas pieces and Titania products, noted for their rolling surfaces. The company then played a role in reviving cameo glass, which had become popular in the late 19th century, though these pieces were largely seen as conventional and uninspiring rather than innovative and pioneering.