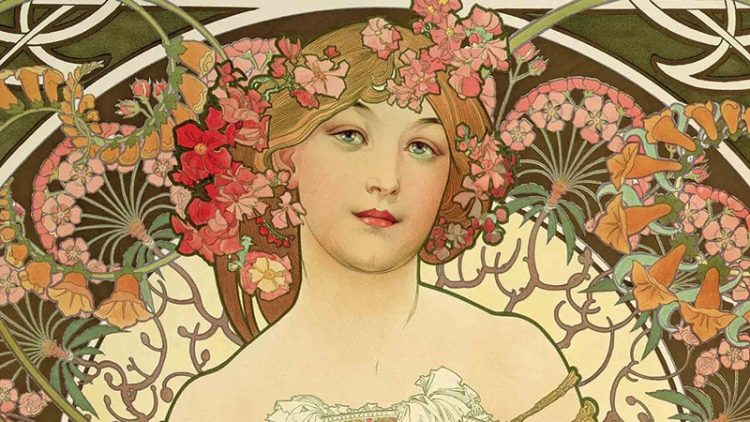 Alphonse Mucha was a Czech painter and decorative artist associated with the Art Nouveau movement. The artist was born in 1860 in the small town of Moravia. Legend has it that Mucha was able to draw before he was able to walk, and he was a musician and a choirboy during his childhood years. 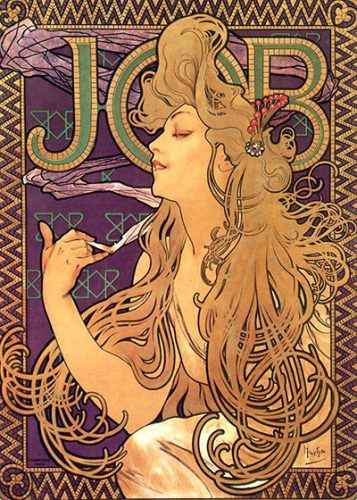 Although his father wanted him to work as a court clerk, he decided to pursue a career in art after admiring the artwork he had seen in local churches. Mucha married Maruska Chytilová in 1906, and they had two children together, Jaroslava and Jiri, the latter of whom later became a famous journalist and writer. Read on to find out more about Alphonse Mucha art.

Mucha relocated to Paris in 1887 after spending two years in Munich. Paris was a popular destination for aspiring painters from across Europe and America at the time. Although he was a few years older than many of his artistic associates, he had made an exceptional amount of progress in a relatively short period of time. He gained financial support from a patron he met in Moravia whose help enabled him to carry out his studies at the city’s Academie Julian.  He painted a number of murals for his patron before his funding was cut off. The removal of support from his patron left him starving and penniless, but his fortunes later changed remarkably.

He played the role of the archetypal starving artist for a number of years, spending his days residing above a Crèmerie, engaging in low-paid Alphonse Mucha art work and living on little more than lentils. He taught art lessons in the Crèmerie and founded an artists’ ball called Bal des Quat’z Arts, whilst carving out his own niche and distinctive artistic style. 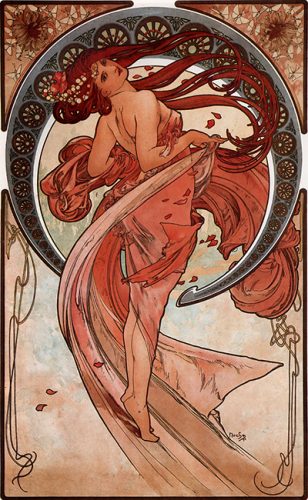 Mucha’s new artistic direction was first unveiled on New Year’s Day 1895 with his poster for Gismonda, a play by Sarah Bernhardt. The Alphonse Mucha artwork won him a great deal of exposure and was defined by its almost life-size female figure, its lengthy narrow shape and its sophisticated pastel colours. The posters were so soughtafter that collectors even went to the lengths of removing them from their hoardings to obtain their own copies. Bernharndt then commissioned Mucha to work on stage and costume designs alongside posters. After seven years of Parisian struggle, Mucha finally won the exposure and appreciation he was seeking.

By 1898, Mucha was working in a new studio, was working with the printer Champenois on postcards and panneaux and had performed his own one-man show. In 1900, the artist designed the Bosnia-Herzegovina Pavilion for the Paris World’s Fair. He also worked with the goldsmith Georges Fouquet to create jewellery inspired by his designs. A book called Documents Decoratifs was also published, which was intended to educate forthcoming generations about his work but instead led to current artists attempting to emulate his style. Many of the artist’s pieces depicted beautiful young women in robes alongside flowers which often formed haloes around their heads. The use of pastel colours was regarded as highly-innovative at a time when fellow artists were opting for bolder and brighter tones. 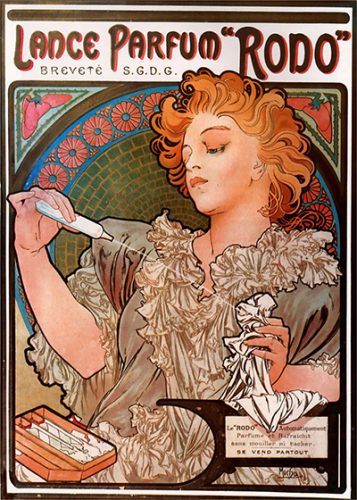 Mucha became a global icon, with his work featuring on a number of American magazines and various US patrons commissioning pieces. He was commissioned to produce multiple murals for Prague’s Lord Mayor’s Hall and was finally ready to begin work on “The Slav Epic”, a collection of paintings based on important milestones in the history of his homeland. Though this project was intended to take a maximum of six years, it instead took 18 years to complete. The project was financed by the millionaire Charles Crane and consisted of 20 vast canvasses, which were met with a cold response when they were exhibited in Prague in 1928 but were received much more enthusiastically in the United States. The project spanned the period from prehistory up to the 19th century.

By the time the vast Alphonse Mucha art project was completed, Moravia was part of the new country Czechoslovakia, following years of unrest. He designed new postage stamps and banknotes for the new country. By this point, the art world had started to shun Mucha, deeming his work to be old-fashioned and out of step with the direction being taken by newer, younger artists. Nonetheless, he was still well-known enough to be one of the first people arrested and questioned by the Gestapo when Czechoslovakia was invaded by Germany. Sadly, he passed away shortly after this ordeal.

There is a great article HERE about Mucha and his Muse. 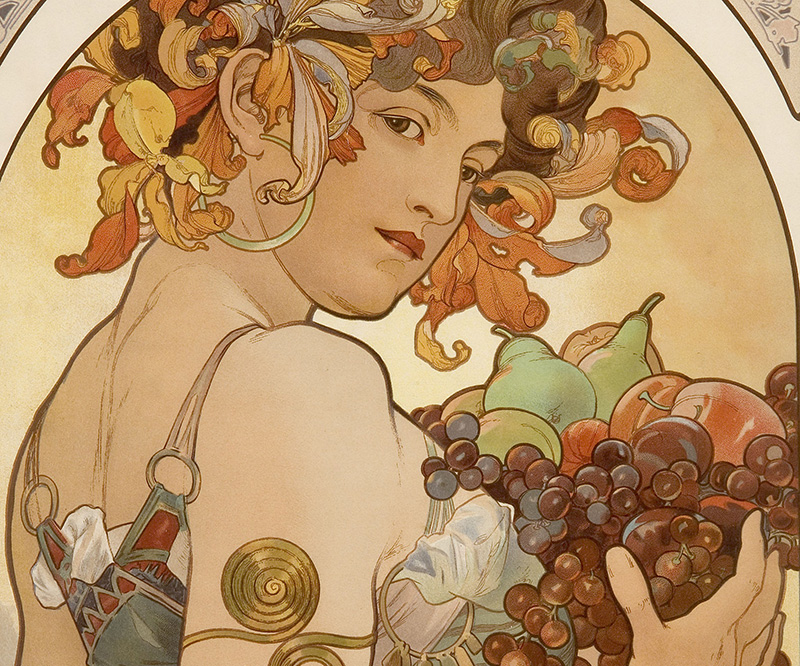