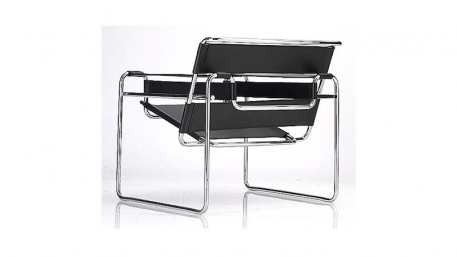 From a modern perspective, it’s easy to underestimate the sheer power and influence of the Bauhaus school: What immediately strikes many of us upon viewing a signature Bauhaus object, such as the Wasilly Chair or the Wagenfeld Lamp, is the fact that they would not look out of place in a home or shop today. Indeed, many of these pieces appear deceptively plain, almost utilitarian… But at one time, the idea of form and function coming together so flawlessly and without needless furbelows was a revolution in thinking. 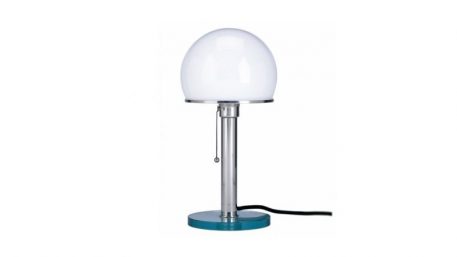 Opened by the renowned architect Walter Gropius in 1919, the Bauhaus school rose up from the ravages of World War One to stand in staunch opposition to historicism and the tenets of the old European art academies. While the hand-crafted, natural beauty of Art Nouveau and the Arts and Crafts movement were melding into the soaring grandiosity of Art Deco throughout much of the rest of the world, in Germany, economic hardship and the rapid advance of the machine age were setting the stage for a stripped-down aesthetic wherein not an ounce of material was wasted. As the rubble of the war was cleared away, a clean slate emerged, allowing both artists and architects to exert a fresh, formidable power of influence. In the words of writer and cultural historian Fiona McCarthy, ‘If the Kaiser had won, we would not have had a Bauhaus, which drew much of its artistic vigour from the fact of Germany’s defeat.’ 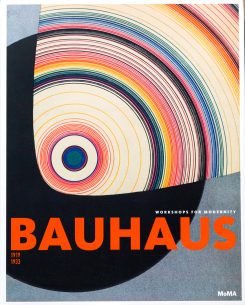 Despite its almost post-apocalyptic beginnings, the Bauhaus school of art was far from being dour or unimaginative. At the very heart of its philosophy lie an acknowledgement of the fact that desolation often breeds renewed creation, along with the optimistic belief that while we cannot resurrect the past, we can put something better in its place. It also embraced the idea that art and design, rather than being added onto objects and structures in the form of excess decoration, can actually become an integral part of how these objects and structures are conceptualised and formed. According to the Bauhaus Dessau, ‘The Bauhaus manifesto commits to forging all forms of art into a single whole, to bringing back together all artistic disciplines – sculpture, painting, arts and crafts, and manual trades – and making them integral components of a new art of building.’ In this, the Bauhaus attempted to give modernity a ‘precise physical form,’ one that embraced the abstract and dynamic impulses of modern art while also being wholly and perfectly functional.

To create its unique and cohesive vision, the Bauhaus design school put its students through a rigorous six-month preliminary course wherein they learned the fundamentals of painting and were asked to experiment freely with form. If the students were successful, they then graduated into a three year ‘hands-on’ programme guided by two masters: One an artist, the other a craftsman. Like many modern university programmes, the school’s curriculum involved both theory and practice, encouraging students to take what they had learned in the classroom and directly apply it to actual craft and construction. 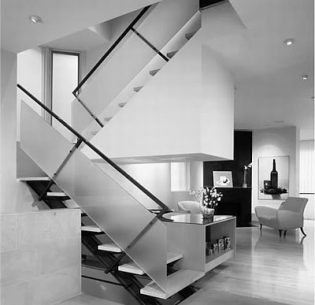 So incredibly successful was this learning environment that the Bauhaus school attracted many of the leading artists, architects, and designers of the day to sign on as teachers; among the iconic Bauhaus staff members were artists like Paul Klee, Wassily Kandinsky, Oskar Schlemmer, Johannes Itten, László Moholy-Nagy, Josef Albers and Marcel Breuer. Insulated within the stalwart walls of the Bauhaus design school building, these artistic visionaries and their students—an eclectic group comprised of individuals from all walks of life and diverse cultural backgrounds—created their own unconventional way of life and celebrated it freely, holding masked balls and kite processions, putting on experimental light and music evenings, and organising ‘Triadic’ abstract ballets, the like of which had never been seen before. By 1925, when the school moved to an even more impressive new building in Dessau (replete with workshops, lecture rooms, a theatre, a refectory and bespoke student accommodation designed and built by Bauhaus staff and students), the Bauhaus was far more than a mere learning institution for artistically-minded young people: It was a community, a ‘band of fellow workers inspired by a common will,’ in Gropius’s words. Indeed, we owe our modern notion of the art school as being representative of an alternative way of life to the Bauhaus.

Ultimately, however, the very thing that made the Bauhaus vision so uniquely special—the idea of many diverse individuals coming together to create a kind of artistic utopia—was to factor heavily in its undoing. In the words of McCarthy, ‘The Bauhaus design school could never last in early 1930s Germany. Many Bauhaus staff and students were Jewish; besides, the experimental, abstract direction of the teaching was anathema to the Nazis, who, by 1931, had taken control of the Dessau municipal council. The following autumn, the Bauhaus was closed down, and the Nazis sacked the building, breaking the windows and throwing out the workshop tools. Only international protest prevented them from razing the whole site.’ 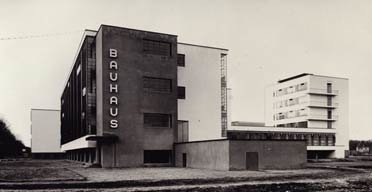 Though an attempt was made to ‘hide’ the Bauhaus school in Berlin, using a disused telephone factory as a residence, this ruse did not survive Hitler becoming chancellor. The Nazi regime held a particular loathing for the school, which it viewed as ‘one of the most obvious refuges of the Jewish-Marxist conception of “art”,’ so on April 11, 1933, Berlin police raided the premises, loading the last Bauhaus students onto trucks and taking them away, thus ending the proud reign of Germany’s premier art and design school.

Fortunately, the theme of rising from the ashes that had given impetus to the Bauhaus movement was not to abandon it in its hour of need. As the Bauhaus Masters spread around the globe—Klee fled to Switzerland, Kandinsky to France, Gropius to London, Albers and Moholy-Nagy to America, and so on—they took their revolutionary ideas about form and function with them, establishing a network of art schools that would gradually sew the seeds of Bauhausian thought around the globe. Fittingly, the architectural style that the Bauhaus inspired became known as the ‘International style’; today, its stoic and ultimately practical forms still stand in all of their raw, unadorned glory, shaping the way we live and interact with the increasingly urbanised, mechanised world around us.